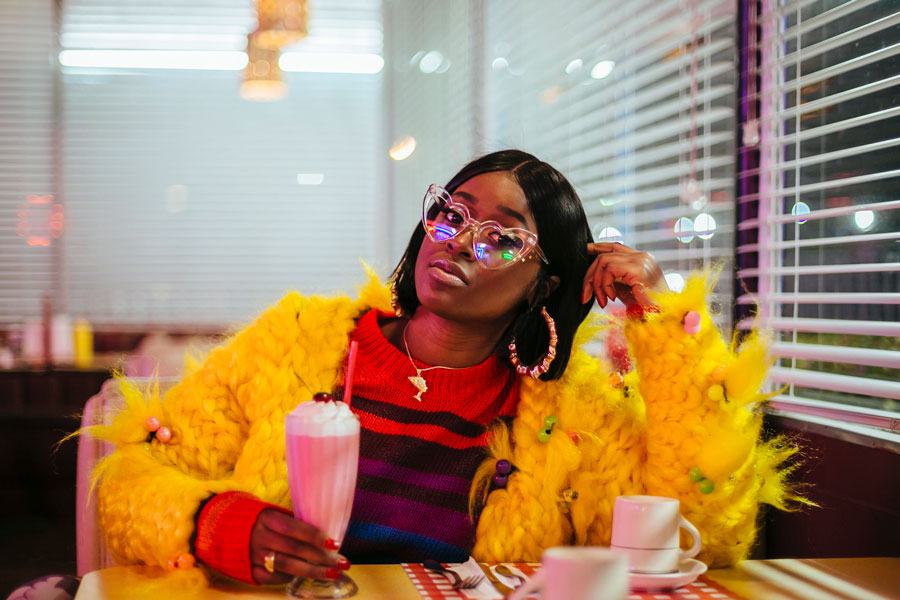 “Tierra Whack is the Philly surrealist taking rap into another dimension.”
—VICE

Tierra Whack is leading a generation of young artists remaking the music industry. Called a “true hip-hop original” (Pitchfork), the Grammy-nominated rapper/singer/songwriter’s music slips between genres and moods, creating a surreal experience that captures the bright spectrum of human emotion with nary a dull moment.

Since she burst onto the scene with Whack World, she has continued to make waves. Of her 2019 Coachella performance, Brendan Klinkenberg of Rolling Stone wrote, “Already a charismatic performer, Whack’s performance this weekend showed what she plans on doing with the attention she’s earned: push boundaries even further. Clad in neon green head to toe, she was a commanding presence on stage, and the set design (think melting monsters) and backdrop visuals (think melting Tierra Whack) made the case that this was a new, real-life star in our midst.”