This guide provides an overview of research strategies and resources on the topic of Critical Race Theory at the UNC School of Law. 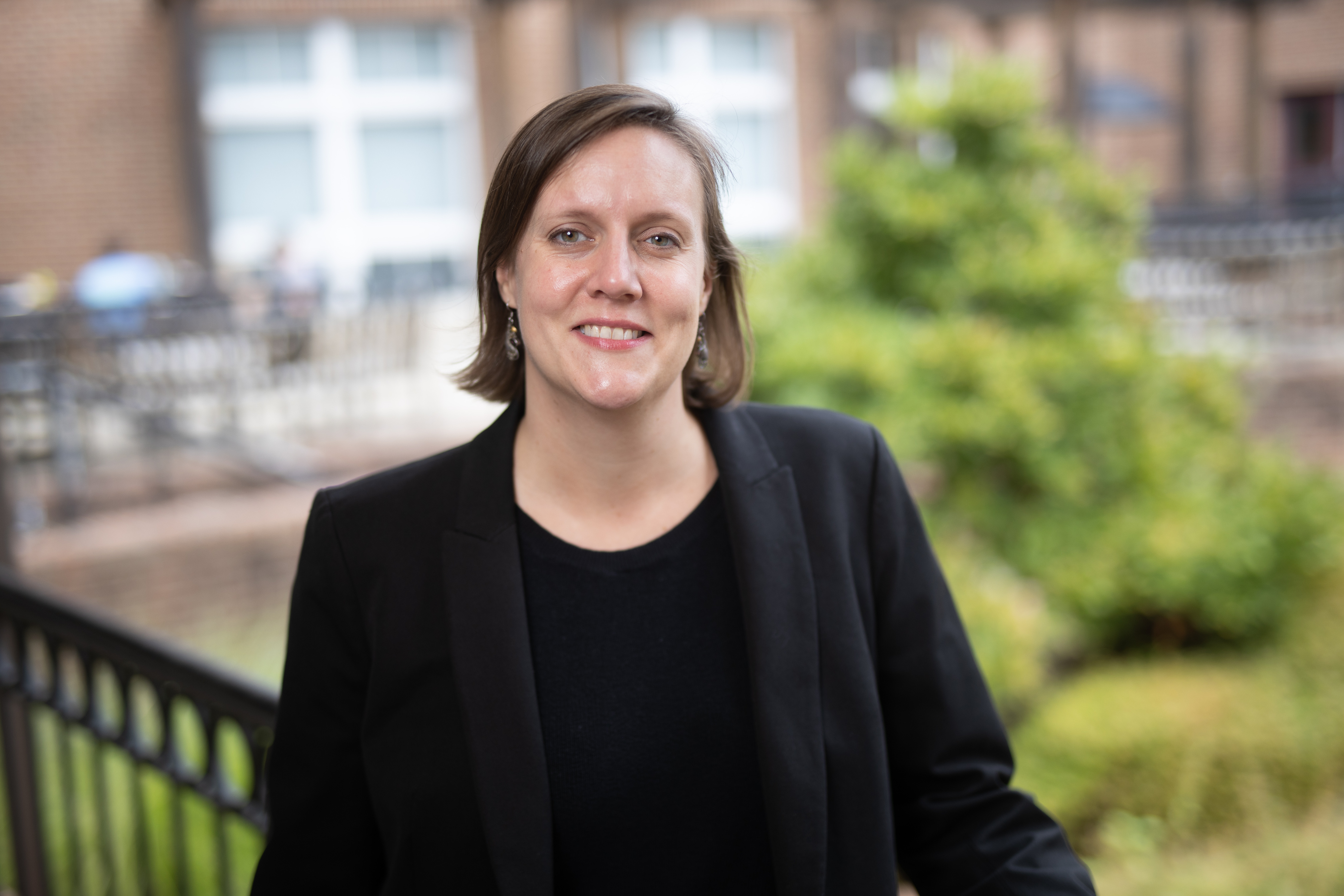 "Critical race theory builds on the insights of two previous movements, critical legal studies and radical feminism, to both of which it owes a large debt. It also draws from certain European philosophers and theorists, such as Antonio Gramsci, Michel Foucault, and Jacques Derrida, as well as from the American radical tradition exemplified by such figures as Sojourner Truth, Frederick Douglass, W. E. B. Du Bois, César Chávez, Martin Luther King, Jr., and the Black Power and Chicano movements of the sixties and early seventies."

Critical Race Theory: An Introduction By Richard Delgado and Jean Stefancic. Third edition available in print and online; Second edition in print; First edition in print. Written for a general audience, this text is a comprehensive introduction to the topic, covering major ideas, resources, and scholars. Each chapter provides discussion questions and a useful bibliography.

Critical Race Theory: A Primer, by Khiara M. Bridges. Available online through West Study Aids. Intended as an introductory text to the subject, this text covers the history of CRT, core concepts, the intersection of race with other characteristics, and contemporary issues in CRT.

Critical Race Theory: The Cutting Edge, ed. Richard Delgado. Available in print.  Published in 1995, this collection gathers key essays from en early era of CRT; many are now foundational texts in the subject.

Crossroads, New Directions, and a New Critical Race Theory, ed. Francisco Valdes, Jerome McCristal Culp, and Angela P. Harris. Available in print and online. In this volume, thirty-one CRT scholars present their views on the ideas and methods of CRT, its role in academia and in the culture at large, and its past, present, and future.

The Law Unbound!: A Richard Delgado Reader, ed. Adrien Katherine Wing and Jean Stefancic. Available in print and online. This book offers the best and most influential writings of Richard Delgado, one of the founding figures of the critical race theory movement, spanning topics such as hate speech, affirmative action, the war on terror, the endangered status of black men, and the place of Latino/as in the civil rights equation.

Race, Racism, and American Law, ed. Derrick Bell. Fifth edition available online. This casebook examines the role of racism in a society with growing disparities in income, wealth, and opportunity.

Reproducing Racism: How Everyday Choices Lock in White Advantage, by Daria Roithmayr. Available in print. Legal scholar Daria Roithmayr argues that racial inequality lives on because white advantage functions as a powerful self-reinforcing monopoly, reproducing itself automatically from generation to generation even in the absence of intentional discrimination. Drawing on work in antitrust law and a range of other disciplines, Roithmayr compares the dynamics of white advantage to the unfair tactics of giants like AT&T and Microsoft.

Seeing a Color-Blind Future: The Paradox of Race, Patricia Williams. Available in print. In these five collected essays, Patricia J. Williams asks how we might achieve a world where "color doesn't matter"--where whiteness is not equated with normalcy and blackness with exoticism and danger.

White by Law: The Legal Construction of Race, by Ian F. Haney López. First edition available in print and online. Revised tenth anniversary edition available in print and online. White by Law traces the reasoning employed by the courts in their efforts to justify the whiteness of some and the non- whiteness of others. Haney Lopez reveals the criteria that were used, often arbitrarily, to determine whiteness, and thus citizenship: skin color, facial features, national origin, language, culture, ancestry, scientific opinion, and, most importantly, popular opinion.

Derrick A. Bell, "Who's Afraid of Critical Race Theory?" 4 University of Illinois Law Review, 893-910 (1995). Partially a response to the publication of The Bell Curve, Bell describes the origins of CRT, its core ideas, and responds to contemporary criticism.

Derrick A. Bell, "Brown v. Board of Education and the Interest Convergence Dilemma," 93 Harvard Law Review 518 (1979-1980). In this essay, Bell explores one of CRT's core concepts, that of interest convergence, by examining how the decision in Brown v. Board also benefited whites.

Devon W. Carbado and Mitu Gulati, "The Law and Economics of Critical Race Theory," 112 Yale Law Review 1757 (2003). In this review of Crossroads, Directions, and a New Critical Race Theory,Carbado and Gulati demonstrate that the fields of law and economics and critical race theory rarely interact with one another and argue that it would be productive for both fields to consider how they might interact.

Robert S. Chang, "Toward an Asian American legal scholarship: Critical race theory, post-structuralism, and narrative space." 81 California Law Review 1243 (1993). Chang argues that then-current critical race theory failed to account for the unique issues that Asian-Americans face, including nativistic racism and the model minority myth. This article offers a framework for constructing an Asian-American CRT that acknowledges the different position of disempowered groups while maintaining the possibility of solidarity among them.

Kimberle Williams Crenshaw, "Race, Reform, and Retrenchment Transformation and Legitimation in Antidiscrimination Law," 1010 Harvard Law Review 1331 (1998). Crenshaw examines scholarship by both conservative and critical legal scholars on efforts towards racial equality in the U.S. and demonstrates the racist nature of supposedly neutral norms.

Peggy Davis. “Law as Microaggression” 98 Yale Law Journal 1559-1577 (1989). Davis explores the reasons why African-Americans believe the American court system is biased against them, utilizing cognitive psychology, psychoanalysis, and studies of both African-Americans and participants in the legal system.

Richard Delgado. "Storytelling for oppositionists and others: A plea for narrative." 87 Michigan Law Review 2411–2441 (1989). This article argues that a focus on storytelling and narrative from disadvantaged groups is a key part of CRT, acting as a counter to dominant mindsets.

Cheryl I. Harris, "Whiteness As Property," 106 Harvard Law Review 1707 (1993). In this essay, Harris explores the relationship between property and whiteness, arguing that whiteness, originally constructed as a racial identity, has evolved into a form of property under American law.

Charles R. Lawrence III, "The Id, the Ego, and Equal Protection: Reckoning with Unconscious Racism," 39 Stanford Law Review 317 (1987). This article reconsiders the doctrine of discriminatory purpose, taking into account research on unconscious racism, and applying it to the realm of equal protection.

Dorothy E. Roberts. "BlackCrit Theory and the Problem of Essentialism," 53 University of Miami Law Review 855-862 (1998). This essay explores the problems of essentialism, such as assuming a common identity, attributing the issues facing African-Americans to all people of color in the U.S., and reinforcing a Black-white paradigm as the only way to view race in the U.S.

Critical Legal Studies (CLS) emerged in the U.S. in the 1970s. Oriented towards the left politically, the literature seeks to critique the ways in which the law upholds society's power structures and examine how the law codifies bias towards marginalized groups. CLS influenced a number of academic theories about law; Critical Race Theory is one. Some introductory works to CLS include:

Critical Legal Studies, ed. Allan C. Hutchinson. Available online and in print. This edited collection contains essays on Critical Legal Studies. Topics of discussion include the intellectual foundations of the CLS movement, its principles and aims, its critique of the legal doctrine and ideas for change.

Ideology and Community in the First Wave of Critical Legal Studies, by Richard W. Bauman. Available online. Bauman examines several major themes and arguments in the first decade of critical legal scholarship, predominantly in the U.S. in the period dating roughly from the mid-1970s to the mid-1980s.

Introduction to Feminist Legal Theory, by Martha Chamallas. First edition available in print and online, second edition available in print. Chamallas surveys the full range of legal issues affecting women, from rape and domestic violence to workplace discrimination and taxation issues. Her historical approach traces the evolution of legal feminism from the 1970s to the present.

Feminist and Queer Legal Theory: Intimate Encounters, Uncomfortable Conversations, ed. Martha Albertson Fineman, Jack E. Jackson, Adam P. Romero. Available in print and online. This book brings together voices in feminist and queer theory to create an interdisciplinary dialogue that will define the terms of the debates between and within these theoretical frameworks for the next decade.

Feminist Legal History: Essays on Women and Law, ed. Tracy A. Thomas and Tracey Jean Boisseau. Available in print. This text showcases historical research and analysis that demonstrates how women were denied legal rights, how women used the law proactively to gain rights, and how, empowered by law, women worked to alter the law to try to change gendered realities.