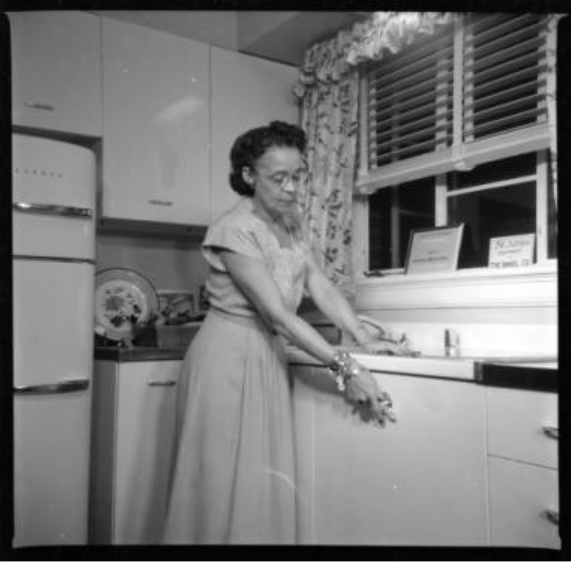 The United States has experienced several waves of immigration, and each one has altered ife and culture in the United States. The introduction of new foods, recipes, techniques and flavors from different immigrant groups has led to a mix of foods that are neither authentic, nor totally originally to the United States. Throughout these immigrant waves, food has been a way to both divide and bridge ethnic groups.

This table contains data from an early nutrition study on the macronutrients of immigrants' diets: 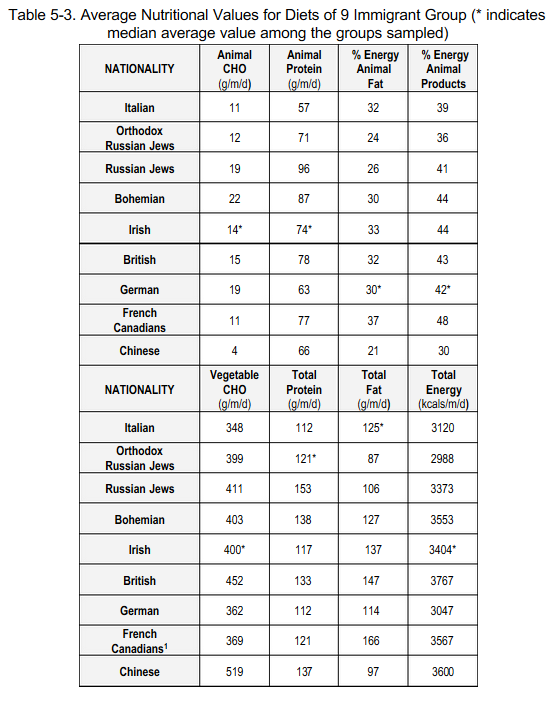 In the early years of nutrition science, dietitians and nutrition experts were not always considerate of traditions and practices different than their own. While they meant well, food was often used as a means of assimilation, and the nutritional value of ethnic foods was sometimes disregarded in the academic literature of the time.

The Food of the Immigrant in Relation to Health by Michael Davis Jr. and Bertha Wood (1920)