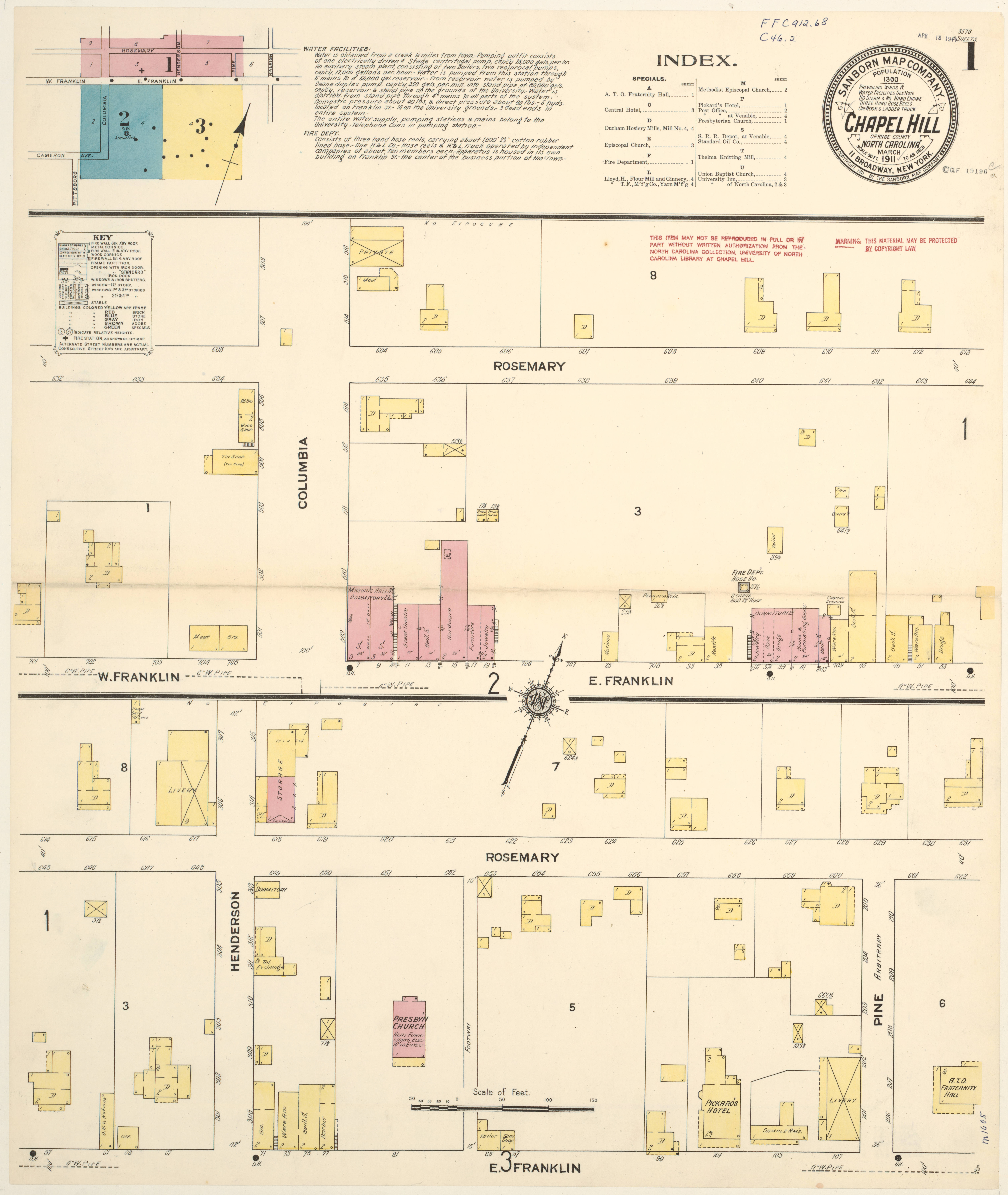 Orange County was formed in 1752 and was named after William of Orange (King William III of England). The boundaries have changed considerably since the 1750s, with Chatham, Caswell, and Alamance counties being entirely formed from Orange County. The present-day counties of Johnston, Guilford, Wake, Lee, Person, Randolph, Rockingham, and Durham also include parts of the original Orange County. The current county boundaries date from 1881. The three major towns in the county are Carrboro, Chapel Hill, and Hillsborough, which is the county seat. In the latter half of the eighteenth century, Hillsborough was an important town in the political life of North Carolina and, for a short time, was the meeting place of the General Assembly. Since the founding of the University of North Carolina in Chapel Hill at the end of that century, the county has also played an important role in the intellectual life of the state.