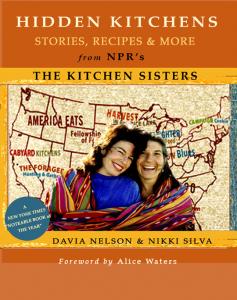 (image may be subject to copyright) 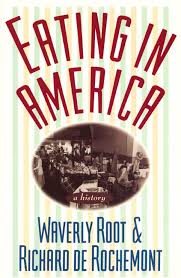 Harlan Walker, Ed. Food and the Memory: Proceedings of the Oxford Symposium on Food and Cookery, 2000.

Harlan Walker, Ed. The Fat of the Land: Proceedings of the Oxford Symposium on Food and Cookery, 2002

Linda Murray Berzok, Ed. Storied Dishes: What our Family Recipes tell us about who we are and where we've been.

Claude Levi-Strauss. The Raw and the Cooked: Mythologiques.

David Sutton. Remembrance of Repasts: An Anthropology of Food and Memory.

Margaret Visser. Much Depends on Dinner: The Extraordinary History and Mythology, Allure, and Obsessions, Perils and Taboos of an Ordinary Meal.

Margaret Visser. The Rituals of Dinner: The Origins, Evolution, Eccentricities, and Meaning of Table Manners.

Richard Wranghan. Catching fire: How cooking made us human.

Amy Bentley. Eating for Victory: Food Rationing and the Politics of Domesticity.

Linda Keller Brown and Kay Mussell, eds. Ethnic and Regional Foodways in the United States: The Performance of Group Identity.

Charles Camp. American Foodways: What, When, Why, and How We Eat in America.

Julia Child. My Life in France.

Carole M. Counihan, ed. Food in the USA: A Reader.

Trudy Eden. The Early American Table: Food and Society in the New World.

Barbara Haber. From Hardtack to Home Fries: An Uncommon History of American Cooks and Meals.

John L. and Karen Hess. The Taste of America.

Mark Kurlansky, Ed. The food of a younger land: A portrait of American food: Before the national highway system, before chain restaurants, and before frozen food, when the nation's food was seasonal, regional, and traditional: From the lost WPA files.

Mark Kurlansky. Birdseye: The adventures of a curious man.

Harvey Levenstein. Revolution at the Table: The Transformation of the American Diet.

Harvey Levenstein. Paradox of Plenty: A Social History of Eating in Modern America.

James E. McWilliams. A Revolution in Eating: How the quest for food shaped America.

Anne Mendelson. Stand Facing the Stove: The Story of the Women Who Gave America The Joy of Cooking.

Sidney Mintz. Tasting Food, Tasting Freedom: Excursions into Eating, Culture, and the Past.

Virginia D. Nazarea. Heirloom Seeds and Their Keepers: Marginality and Memory in the Conservation of Biological Diversity.

Raymond Sokolov. Why We Eat What We Eat: How the Encounter Between the New World and the Old Changed the Way Everyone on the Planet Eats.

Jane Stern and Michael Stern. Two for the Road: Our Love Affair with American Food.

Cookbooks, Recipes and the Meaning Thereof

Damon Lee Fowler. Classical Southern Cooking: A Celebration of the Cuisine of the Old South.

Linda Garland Page and Eliot Wigginton. A Thousand Years Over a Hot Stove: A History of American Women Told through Food, Recipes, and Remembrances.

Bill Smith. Seasoned in the South: Recipes from Crook's Corner and From Home.

Janet Theophano. Eat My Words: Reading Women's Lives Through the Cookbooks They Wrote.

Judith A. Carney. Black Rice: The African origins of rice cultivation in the Americas.

Judith A. Carney and Richard Nicholas Rosomoff. In the shadow of slavery: Africa's botanical legacy in the Atlantic world.

Herbert C. Covey and Dwight Eisnach. What the slaves ate: Recollections of African American foods and foodways from the slave narratives.

Jessica B. Harris. Beyond Gumbo: Creole Fusion Food from the Atlantic Rim.

Jessica B. Harris. High on the hog: A culinary journey from Africa to America.

Rebecca Sharpless. Cooking in Other Women's Kitchens: Domestic Workers in the South, 1865-1960.

Anne Elizabeth Yentsch. A Chesapeake family and their slaves: A study in historical archaeology.

Linda Murray Berzok. Storied dishes: What our family recipes tell us about who we are and where we've been.

Joel Denker. The World on a Plate: A Tour through the History of America's Ethnic Cuisine.

Hasia Diner. Hungering for America: Italian, Irish, and Jewish Foodways in the Age of Migration.

Donna Gabaccia. We Are What We Eat: Ethnic Food and the Making of Americans.

David Kraemer. Jewish Eating and Identity Through the Ages

David Mas Masumoto. Epitaph for a Peach: Four Seasons on My Family Farm.

Claudia Roden. The Book of Jewish Food: An Odyssey from Samarkind to New York.

Kathleen Collins, Watching What We Eat: The Evolution of Television Cooking Shows

Steve Zimmerman and Ken Weiss. Food in the Movies.

Amy Bentley. Eating for Victory: Food Rationing and the Politics of Domesticity.

Ann Cooper, "A Woman's Place is in the Kitchen": The Evolution of Women Chefs.

Carole M. Counihan. The Anthropology of Food and Body: Gender, Meaning, and Power.

Sherrie A. Inness, ed. Cooking Lessons: The Politics of Gender and Food.

M.M. Manring. Slave in a Box: The Strange Career of Aunt Jemima.

Laura Schenone. A thousand years over a hot stove: A history of American women told through food, recipes, and remembrances.

Laura Shapiro. Perfection Salad: Women and Cooking at the Turn of the Century.

Laura Shapiro. Something from the Oven: Reinventing Dinner in 1950s America.

Christopher D. Cook. Diet for a Dead Planet: How the Food Industry is Killing Us.

Marion Nestle. What to Eat.

Andrew Young. The Hungry Ear: Poems of Food and Drink.

Food and the Natural World

Michael Pollan. The Botany of Desire: A Plant's Eye View of the World.

Norman Wirzba. Food and faith: A theology of eating.

Warren Belasco. Appetite for Change: How the Counterculture Took on the Food Industry.

Wendell Berry. Bringing It to the Table: On Farming and Food.

Brian Halweil. Home Grown: The Case for Local Food in a Global Market.

David Kamp. The United States of Arugula: How we became a gourmet nation.

James E. McWilliams. Just Food: Where Locavores Get It Wrong and How We can Truly Eat Responsibly.

Raj Patel. Stuffed and Starved: The Hidden Battle for the World Food System.

Carlo Petrini. Slow Food Nation: Why Our Food Should be Good, Clean, and Fair.

Michael Pollan. In defense of food: An eater's manifesto.

Joel Salatin. Everything I Want to do Is Illegal: War Stories from the Local Food Front.

Amy Trubeck. The Taste of Place: A Cultural Journey Into Terroir.

Diane Abu-Jaber. The Language of Baklava.

Elizabeth David. An Omelette and a Glass of Wine.

Mark Kurlansky. Choice Cuts: A Savory Selection of Food Writing from Around the World and Throughout History.

David Mas Masumoto. Epitaph for a Peach: Four Seasons on My Family Farm.

Julia Reed. Queen of the Turtle Derby and Other Southern Phenomena.

Ruth Reichl. Tender at the Bone: Growing Up at the Table.

Ruth Reichl. Comfort Me with Apples.

Jeffrey Steingarten. The Man Who Ate Everything: And Other Gastronomic Feats, Disputes, and Pleasurable Pursuits.

Kim Sunee. Trail of Crumbs: Hunger, Love, and the Search for Home.

Monique Truong. The Book of Salt.

Mark Winegardner, Ed. We Are What We Ate: 24 Memories of Food.

Molly Wizenberg. A Homemade Life: Stories and Recipes from my Kitchen Table.

Steve Almond. Candyfreak: A Journey Through the Chocolate Underbelly of America.

Joel Glenn Brenner. The Emperors of Chocolate: Inside the Secret World of Hershey and Mars.

Betty Fussell. The Story of Corn.

Peter Kaminsky. Pig Perfect: Encounters with Remarkable Swine and Some Great Ways to Cook Them.

Sidney Mintz. Sweetness and Power: The Place of Sugar in Modern History.

Sandra Oliver. Saltwater Foodways: New Englanders and Their Food at Sea and at Shore in the Nineteenth Century.

Barbara G. Shortridge and James R. Shortridge, eds. The Taste of American Place: A Reader on Regional and Ethnic Foods.

Craig Clairborne. Craig Claiborne's A Feast Made for Laughter.

John Egerton. Southern Food: At Home, On the Road, In History.

Marcie C. Ferris. The Edible South: The Power of Food and the Making of an American Region.

Sandra Gutierrez. The new southern-Latino table: Recipes that bring together the bold and beloved flavors of Latin America & the American South.

Paul Knipple and Angela Knipple. The world in a skillet: A food lover's tour of the new American South.

Edna Lewis and Scott Peacock. The Gift of Southern Cooking.

Moreton Neal. Remembering Bill Neal: Favorite Recipes from a Life in the Kitchen.

Joe Gray Taylor. Eating, Drinking, and Visiting in the South: An Informal History.

Charles D. Thompson, Jr. Spirits of just men: Mountaineers, liquor bosses, and lawmen in the moonshine capital of the world.

James R. Veveto and Edward M Maclin, Eds. The slaw and the slow cooked: Culture and barbecue in the mid-south.