What is in this guide: 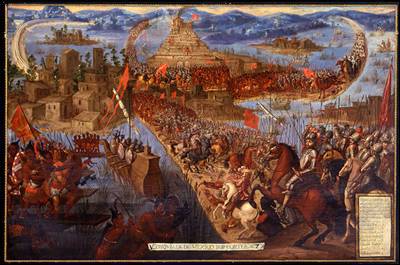 Welcome to the research guide for LTAM 101: Introduction to Latin American Studies.  Here you will find various resources related to the content of your course. 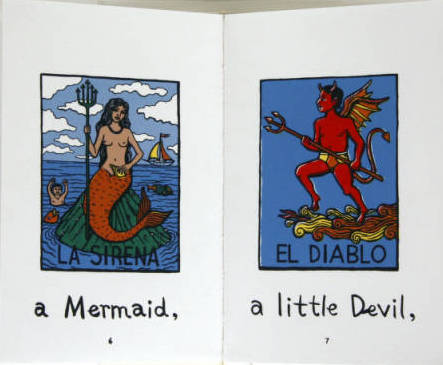 The Latin American and Iberian collections of the University of North Carolina at Chapel Hill support the broad range of research needs of Carolina's faculty and students in these world areas. Our holdings of over 700,000 volumes are primarily housed in the Walter Royal Davis Library, the central library for the University of North Carolina at Chapel Hill.  The strength of the collections complement the undergraduate curricular needs and the research interests of the many graduate programs in the humanities and social sciences.  Strengths include the belles-lettres of Spain and Latin America, and Latin American history particularly for Argentina, Chile, Venezuela and Cuba. In recent years the Library has expanded its collections on Mexico in all disciplines, particularly in migration and indigenous studies, with an emphasis on the Yucatan Peninsula.  In addition to acquiring materials in Spanish and Portuguese, our collections include volumes in several of the Maya languages, Guaraní, Basque, Galician, Catalán and Haitian Creole, among others.

The Library’s collections of Spanish plays contain more than 25,000 items. Individual collections consist of: Teatro Españo (18th and 19th century plays in 607 volumes); the Borrás Collection for the Study of the Spanish Drama, including approximately 3,000 plays from the private library of Tomás Borrás, dramatist and drama critic of modern Spain. There are also a number of smaller collections including: La Farsa, 1921-1936 (91 volumes, 461 plays); Novela teatral, 1916-1924 (420 plays); Varias Comedias (8 Volumes, 57 plays), 1840-1878; El teatro moderno: Revista semanal (67 volumes, 344 numbers), 1925-1932; Biblioteca dramatica de Lalama (1100 plays). There are more than 700 Catalan plays distributed through various collections. Most collections are fully cataloged in the online catalog. There are lists linked in the online catalog of the contents of El nostre teatre and Novella Teatral Catalana. Some of the Library’s collection of Spanish plays are being digitized as part of the Open Content Alliance, and are available at the Internet Archive.

The George E. Stuart Collection is one of the nation’s greatest repositories of research materials on ancient Mesoamerica, particularly the Maya. It comprises approximately 13,000 books, complete sets of important journals and nine linear feet of manuscripts. The books include volumes dealing with the history of Maya research, 19th century histories of the Yucatán, site excavation reports, and reports on the deciphering of Maya hieroglyphics.

The collection of Professor Anthony George Lo Ré, UNC alumnus and retired faculty member of the Department of Romance Languages and Literatures, was acquired over a 40 year period. It consists of 159 novels written during or about the Spanish Civil War. The books were published from 1932 to 1976. There are 45 bound in cloth and 114 bound in wraps. There are 25 signed by the author. A note on the books in wraps: these books are among the most valuable in the collection as publishers in Spain, as well as many other European countries, issued the vast majority of their books in wraps which the purchasers could have bound in cloth or leather as they wished, by their own binders. Books of importance, first editions, as well as limited editions of prose and poetry, were usually issued in this manner, and the great majority of the above books fall into these categories. The description of these books as being in wraps, or paperback, should in no way be taken as an indication that they are of low quality. On the contrary, many readers and collectors prefer to own these titles in their original wraps.

The acquisition of an extraordinary collection of rare books on the conquest and colonization of the New World added a notable new dimension to the Library’s research resources. The materials, acquired in 1984, form a permanent part of the Library’s Rare Book Collection, and consist largely of original 16th, 17th, and 18th century editions of the accounts of the New World by Spanish chroniclers. They were originally collected by Bernard J. Flatow, a distinguished alumnus of the University, who spent some forty years gathering them throughout North and South America and Europe. Funding for the purchase of the collection came from a variety of sources, including the Joseph E. Pogue Endowment, the Arts and Sciences Foundation, the Chancellor’s Office, the General Administration of the University system, and the Educational foundation.

For more information on any of these collections please contact the Rare Book Collection at the WIlson Library.

We have a growing collection of artists' books and zines from several countries including Argentina, Cuba, Mexico, Colombia, Brazil and Spain.  Most of these non-circulating materials can be found at the Sloane Art Library.  There are also artists' books in the Rare Book Collection at the Wilson Library. 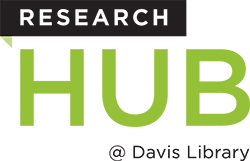 The Davis Library Research Hub is one of three Research Hub locations.  It is located on the second floor of Davis Library, and caters to researchers interested in working with data, mapping, texts, visualization, and technology. Offerings include: