In 1922, the UNC Board of Trustees named one of the newly constructed buildings after alumnus William Laurence Saunders in order to honor him as a Confederate veteran, UNC-Chapel Hill Trustee, and leader of the state Ku Klux Klan. Building on decades of student-led activism bringing attention to Saunders’ infamy, activists renamed Saunders Hall for Black author Zora Neale Hurston in 2015. That same year, after mounting pressure, the UNC-Chapel Hill Board of Trustees decided to rename Saunders Hall due to its namesake’s ties to white supremacy, but rather than Hurston Hall, chose the name Carolina Hall. The Board also voted to enact a 16-year moratorium on renaming campus buildings and landmarks.

Many biographical sketches of William Saunders were published in the decades following the Civil War and can be found in the North Carolina Collection. While these publications are not particularly recent, they can be useful for researchers interested in obtaining a basic outline of Saunders's life and association with UNC.

Waddell, Alfred Moore. "The Life and Character of William L. Saunders: An Oration Delivered Before the Alumni Association of the University of North Carolina." 1892. CpB S252w

Researchers will find that newspapers and periodicals are especially helpful in researching William Saunders' life and career, the construction of Saunders Hall, connections to student activism at UNC, and the ultimate renaming of the building to Carolina Hall.

The Carolina Alumni Review is published six times a year to inform readers about Carolina and is published by the General Alumni Association. The digital archive presents complete issues dating to October 1912.

The Review is available in published form in Wilson Special Collections. Older issues are digitized and downloadable via the Internet Archive.

The Daily Tar Heel is the main student publication at UNC. Published daily during the academic year, the newspaper is a good resource for information on the reaction to the "The Student Body" statue. In addition to news articles, editorials and letters to the editor may be useful. This title is available on microfilm in the North Carolina Collection. DTH issues from 1893 to 1992 are available online through two sources: Newspapers.com, a subscription service available to users affiliated with UNC-Chapel Hill and to patrons in the library buildings, and the Digital Heritage Center, which is freely available and accessible off-campus. Visit the Daily Tar Heel website for articles dating from about 2005 to present.

In addition to student publications, the North Carolina Collection holds a large number of newspapers from around the state. Many of these, such as the Raleigh News & Observer and the Durham Herald-Sun, report on campus news and controversies. In particular, Newspapers.com and America's News are recommended for researching Saunders, Saunders Hall, and the renaming controversy.

Wilson Special Collections Library holds large numbers of photographic material documenting the physical landscape of the UNC-Chapel Hill campus. Collections with photographs of UNC within Wilson's North Carolina Collection are listed here, while the portal to digitized photographs in the NCC is here. 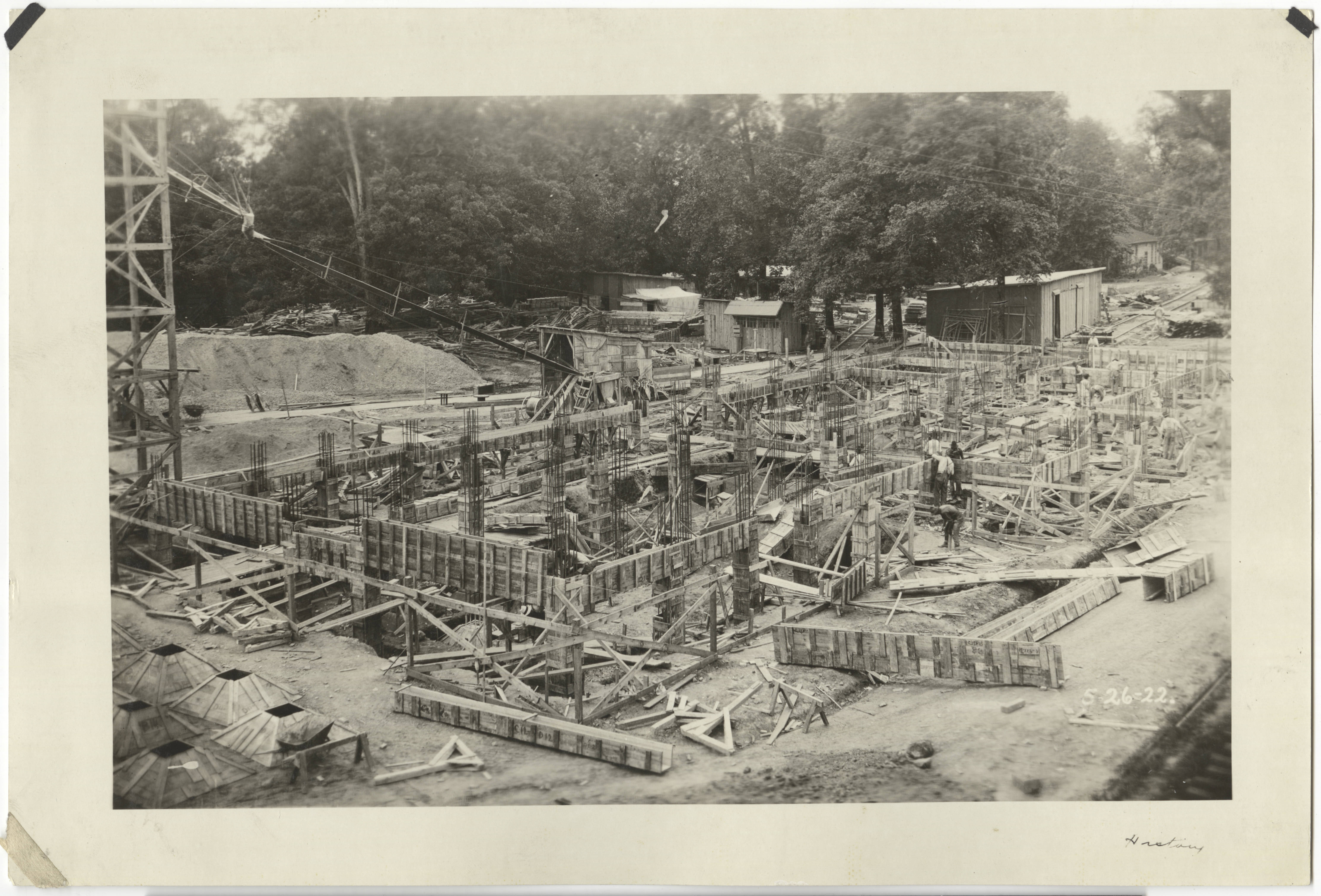 Chapman was a social justice activist, organizer, and historian focused on workers' rights and African American empowerment in central North Carolina. Chapman was intimately involved in the discussion about race and UNC and helped organize campus groups on this topic. Records in this collection document the debate surrounding Saunders Hall as well as other related issues.

Board of Trustees of the University of North Carolina Records, 1789-1932. University Archives. Collection # 40001.

Board of Trustees minutes from 1990 to 2015 can be found online through the Board's online archive. In particular, the May 2015 resolutions related to the teaching of UNC history and the renaming of Saunders Hall can be found through this site.

Interviews pertain to the history of racial justice movements at the University of North Carolina at Chapel Hill from 1991 to 2018, with a focus on the student-led movement for a free-standing Black Cultural Center (Sonja Haynes Stone Center for Black Culture and History) from 1991-1993 and the 2014-2015 movement led by the Real Silent Sam Coalition to create Hurston Hall. Interviews include discussions of personal experiences with institutional racism, reflections on the racialized landscape of the campus, workers' movements and labor activism in Chapel Hill, and the legacy of past racial justice campus organizing for contemporary movements. Other topics discussed include the housekeepers' movement of the 1990s, early efforts to challenge Saunders Hall in the 1990s and 2000s, the role of collegiate athletics in racial justice movements, the impact of the University's academic-athletic scandal on Black students and faculty in the 2010s, black women's leadership in campus organizing, and the legacy of the University as a site of enslavement.