On the Move: Stories of African American Migration and Mobility: Great Migration

Because of slavery, much of the African-American population was based in the Southern states after the Civil War. Prompted by news of labor shortages in industrialized Northern cities like Chicago, New York, and Philadelphia or African-American settlements in Western territories like Boley, Oklahoma; Nicodemus, Kansas;  or Allensworth, California, many boarded trains to start new lives. African Americans brought their food, music, and traditions with them to these new places. This mass internal migration happened in waves, in the 1880's, the 1920's, and the 1940's, and is cumulatively called the Great Migration

"These people know only three places to go: Heaven, Hell and Baltimore... Baltimore-or Washington or New York or Newark , was surely the land of milk and honey, the Promised Land” - Dwayne E. Walls, The Chickenbone Special

Some 1.5 million people moved north between 1916 and 1930 during the Great Migration when the war industry offered industrial jobs to African Americans. - In Motion: The African American Migration Experience Schomburg Center for Research in Black Culture 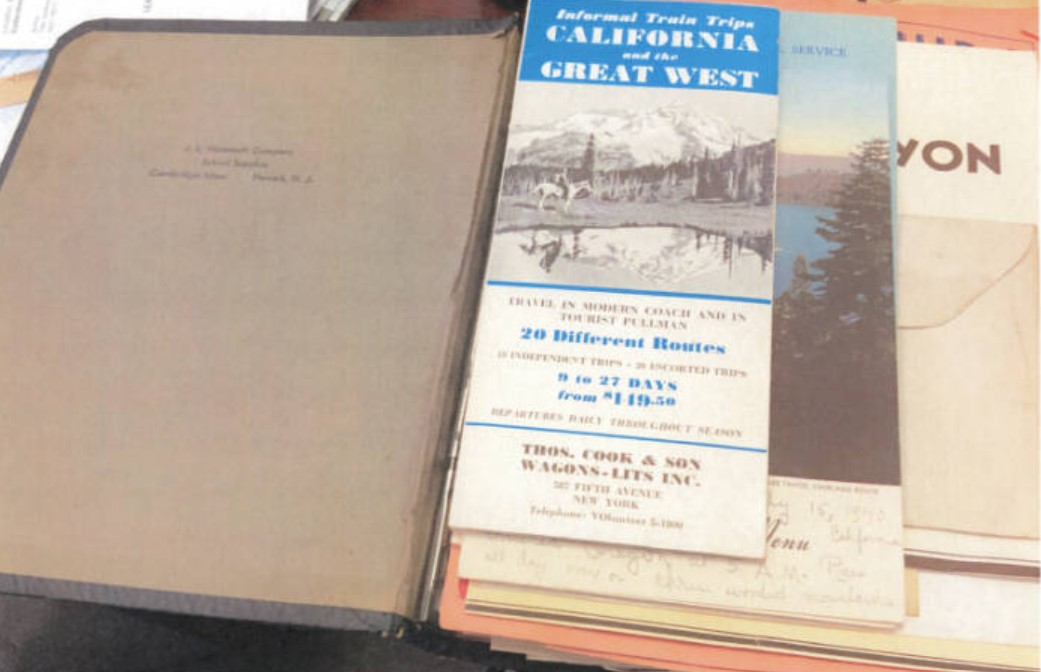 This travel journal, created by Helen Laura Ruth, highlights many aspects of interstate train travel including the prevalence of African American porters. Ruth took the photograph of Otto Whitting, an African American porter working for the Pullman Company, shown here. Pullman porters were exclusively African American because of the availability of cheap Black labor after the Civil War and the desire to give white passengers an “upper class” experience. Although the wages were low, and the role played into negative stereotypes, these jobs provided a platform for African Americans to unionize and improve the quality of life for their families.

These late 19th and early 20th century North Carolina railroad tickets are symbolic of the often-overlooked migration and travel of African Americans within the state and the region. These moves reflected a move from rural to urban environments in pursuit of better opportunities for education and work. The Wilmington and Weldon Railroad company was eventually absorbed by the Atlantic Coast Line Railroad company and included stops in cities heavily populated with African Americans, like Wilmington, Rocky Mount, and New Bern.