On the Move: Stories of African American Migration and Mobility: Journey of Reconciliation

Whether it is the busing of African American children to schools outside their neighborhood or the Montgomery bus boycott in 1956, buses have consistently been a flashpoint in the struggle for equality in the United States. In 1947, the two-week Journey of Reconciliation by sixteen people – eight African American and eight white – to see if the Southern states were honoring the federal law against segregated seating on interstate travel led to significant arrests in Chapel Hill. Their methods would inspire the next generation of activists who conducted the Freedom Rides of the 1960’s.

We Challenged JIM CROW: a Report on the Journey of Reconciliation, April 19-23, 1947 by George Houser and Bayard Rustin, Congress of Racial Equality, 1947

In 1947, the Congress of Racial Equality (CORE) partnered with the American Friends Service Committee and Fellowship of Reconciliation to organize the Journey of Reconciliation. This pamphlet, produced by CORE, describes the full scope of their activities designed to see if the legislation prohibiting interstate segregation on buses was working effectively. The pamphlet includes a short description of what happened at each stop, including the especially violent encounter in Chapel Hill, NC.

Charles Miles Jones was a minister at the Presbyterian Church of Chapel Hill. He hosted the riders and gave them safe harbor during their time in Chapel Hill. After the arrests at the Chapel Hill bus station, Jones bailed the riders out of jail and drove them to Greensboro to continue the Journey of Reconciliation. In this letter, Jones told a New York Times reporter how his family had been terrorized in their home, receiving violent letters and phone calls throughout the time he spent with the protestors in Chapel Hill.

The collection includes correspondence, church documents and publications, clippings, and other items reflecting Charles Miles Jones's work as a Presbyterian minister and concern for civil rights. Materials generally focus on his public rather than personal life with a special emphasis on the 1952-1953 investigation of his Chapel Hill Presbyterian Church ministry. 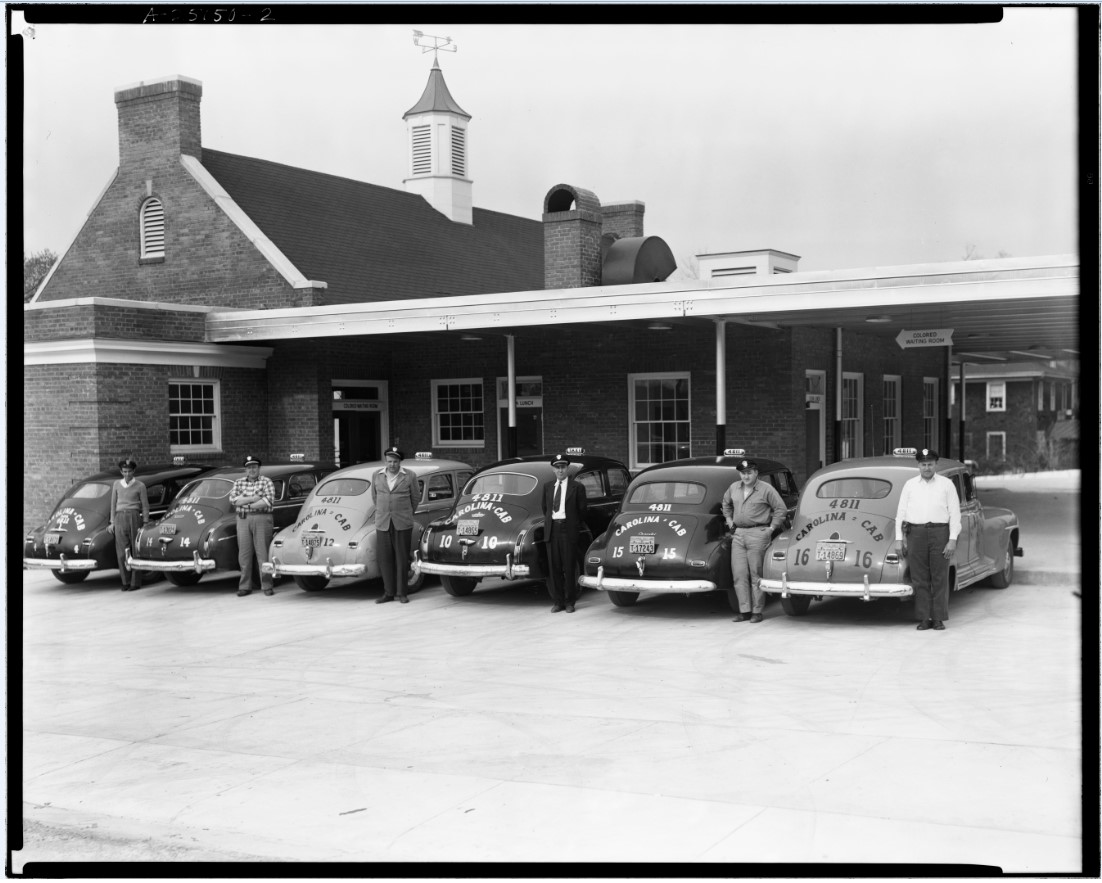 The Trailways bus station, built in 1946 with two separate entrances for Black and white patrons, was located at 311 West Franklin Street (the current site of the Franklin Hotel). The white taxi drivers that normally congregated around the bus station were not pleased to see a coalition of people challenge racial segregation on a bus in their community. As four protestors were being escorted off the bus by police, a white taxi driver struck James Peck, a white rider, in the head.