The North Carolina Court's system has a website, and it contains information regarding the structure of the court.  The North Carolina Constitution provides for three branches of government: the Legislative Branch, the Executive Branch, and the Judicial Branch.  The judiciary is the court system, which is separated into three divisions: the Appellate Division, the Superior Court Division, and the District Court Division.  For more information, visit NCCourts.gov.

There are a number of locations for courts in North Carolina.  Here is a link to an interactive map on the NC Courts website containing information for each county.

In North Carolina, the Superior Court and District Court divisions are the trial court divisions.  According to the NC Courts website, "Superior courts hear cases involving felony crimes, civil cases including $25,000 or more, and appeals from district courts."  NCcourts.gov  The Business Court is a specialized superior court that hears complex corporate and commercial law cases.  For additional information regarding the Superior Court Division, click here. 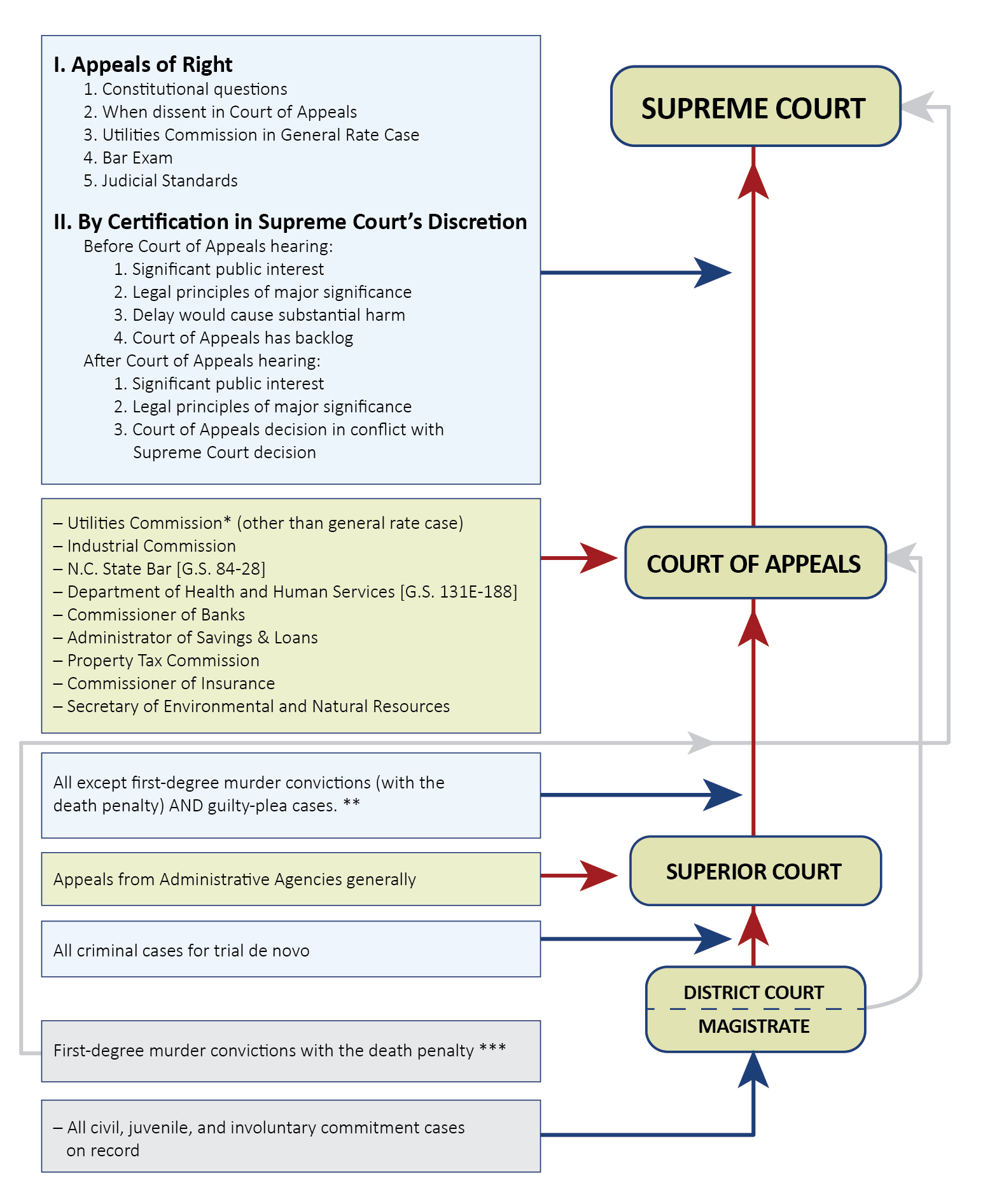