In late 1968, members of the Black Student Movement (BSM) at UNC-Chapel Hill began advocating on behalf of the university's underpaid and predominantly African American cafeteria workers. With the support of the BSM and other students, the dining hall workers went on strike, starting February 23, 1969. For several months, tensions rose as little headway was made with campus administration, while more and more joined in supporting the strikers, including increasing numbers of staff, faculty, and community members. Opponents of not only the strike, but also the Black Student Movement as an organization, became increasingly vocal, putting pressure on Chancellor J. Carlyle Sitterson and the Governor of North Carolina, Robert W. Scott, to control the situation. Reportedly fearing a large outbreak of violence, Governor Scott asked the North Carolina National Guard to stand by in Durham in case they were needed on campus. The Guard was never called in, although police units like the NC Highway Patrol were bused to campus. The strike ended in late March when the food workers' lawyer Julius Chambers and the governor reached an agreement that would raise wages for the university's lowest-paid employees. However, tensions continued to simmer over the summer of 1969 after management of food services was transferred to an outside vendor called SAGA Food Service. Discontent mounted with six employees fired in November 1969, after which the food service workers went on strike again. Forcing negotiations with the new union they formed, food service employees agreed to a strike settlement on December 9,1969.

This is a concise and useful resource on the sociological aspects of the student movements, using the Food Workers' Strike as a case study. Written near the end of the strike, the author was able to interview many of the individuals involved.

This volume is a nice complement to Weiner's 1972 thesis. While Weiner looked closely at the students involved in the Food Workers' Strike, Williams discusses all of the participants, including the cafeteria workers and members of the Black Student Movement.

This brief video provides an overview of the 1969 strike of food service workers at UNC-Chapel Hill using original new footage and interviews with strikers Mary Smith and Elizabeth Brooks.

Some photographs of the spring 1969 strike events within this collection. 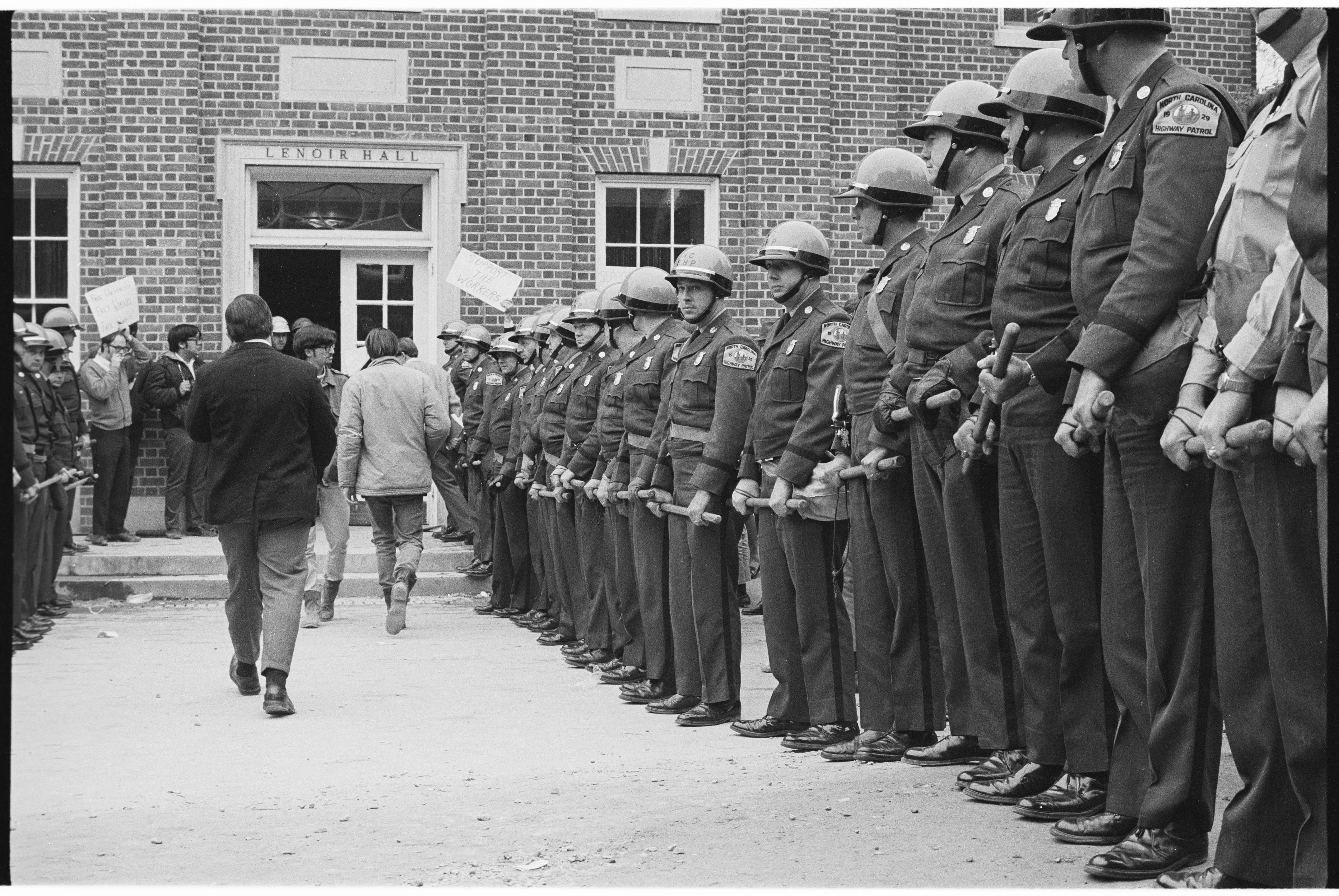 Some photographs of the March 1969 strike events within this collection. 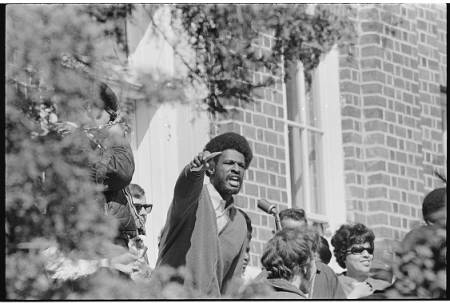 Archival materials are an excellent resource for researchers interested in the campus food workers' strike. The UNC-Chapel Hill University Archives and the Southern Historical Collection, both located in Wilson Library, contain a wealth of primary source material on this subject. The following are just a few examples of the archival resources that can be found on this subject. Many primary sources can be found across our archival collections by searching our Finding Aids with terms such as "food service" and "food service workers strike."

This short 16mm film shows NC Highway Patrol being dropped off by buses and positioning in front of Lenoir Cafeteria. Digitized at Internet Archive

Office of the Chancellor of the University of North Carolina at Chapel Hill: Joseph Carlyle Sitterson Records, 1966-1972

Office of the President of the University of North Carolina (System): William C. Friday Records, 1957-1986

William Friday was the president of the University of North Carolina System for over three decades. This collection contains records kept by top University administrators related to a number of important events at UNC-Chapel Hill including the strike of campus food workers in 1969-1970.

Labor: University of North Carolina Foodworkers' Strikes Project: Interviews focus on the UNC Foodworkers' strikes against the UNC Food Service in February-March 1969 and against SAGA Food Service in November-December 1969. The respondents include food workers, members of the Black Student Movement, members of the Southern Student Organizing Committee, and other students, mediators, lawyers, faculty members, and university officials. The interviews establish the role of each respondent in the events and address issues of race, class, and gender that were raised by the strike. Other topics that are addressed include student protests in the 1960s, university-town relations, and the university's position in state government. These interviews focus on the University of North Carolina foodworkers' strikes against the University of North Carolina Food Service, February-March 1969, and against SAGA Food Service, November-December 1969. The participants in the strikes were primarily African American women, although many university groups ultimately became involved.

The individuals interviewed include foodworkers, members of the Black Student Movement, members of the Southern Student Organizing Committee, and other students, mediators, lawyers, faculty members, and university officials. The interviews establish the chronology and role of each participant and address the issues of class, race, and gender raised by the strikes. Other topics include student protests in the 1960s, university-town relations, and the university's position in state government. With one exception, these interviews were conducted by University of North Carolina at Chapel Hill students as part of their work in History 103 (The Theory and Practice of Oral History) in 1974-1975. The exception is a 1979 interview by Derek Williams for his master's thesis, "It Wasn't Slavery Time Anymore: Foodworkers' Strike at Chapel Hill, Spring, 1969" (UNC Chapel Hill, 1980).

Newspaper coverage of the strike, in particular in the UNC newspaper The Daily Tar Heel, would be invaluable. See this part of the guide for more information.

The Office of the Chancellor at the time also compiled newspaper clippings about the strike, of which the North Carolina Collection has a copy.